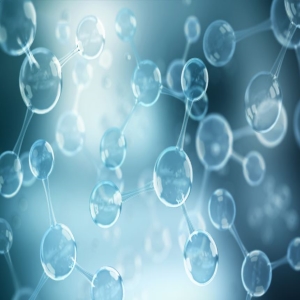 As the world’s shift away from fossil fuels gains momentum, the major role hydrogen will play has become increasingly clear, with it expected to supply 20% of energy in a 2050 net zero global economy.

It is widely recognised green hydrogen will be essential for decarbonising the hard to abate sectors – such as heavy transport, steelmaking, and chemicals, which cannot be decarbonised through electrification alone.

It is no longer a matter of if, but how quickly, widespread adoption of green hydrogen will take place. The timeframe for deployment will largely be determined by when green hydrogen reaches the inflection point – the point at which green hydrogen becomes cost-competitive with incumbent fuels. Speed is of the essence – both for addressing the global climate crisis and for ensuring Australia does not get left behind as the world gets on with the business of decarbonisation.

Grants aimed at reducing capital costs have been instrumental in getting Australia’s first green hydrogen projects off the ground, and this will continue to be the case in the industry’s early years.

But the inflection point for green hydrogen is unlikely to be reached in the required timeframe simply by providing capital support. What’s needed is a comprehensive suite of policies that provide opex support alongside traditional grants, and that stimulate demand as well as support supply. Policies that lower the cost of using green hydrogen in particular can stimulate the demand side, ensuring hydrogen suppliers have customers to sell to.

Importantly, the EU’s plan includes the roll-out of Carbon Contracts for Difference (CCfD) subsidies for green hydrogen. CCfDs incentivise industries to switch to green hydrogen by paying end-users a guaranteed amount for avoiding CO2 emissions. The UK also intends to introduce a contract for difference (CfD) scheme. Though slightly different in their architecture, both the EU and UK’s CfD policies have the common aim of allowing green hydrogen to be available to end-users at the same cost as incumbent fuels.

Similarly, the German government has supported and funded the H2 Global Mechanism to compensate end-users for the difference between supply prices for green hydrogen and demand prices. But the German policy takes things a step further, and provides a payment to hydrogen suppliers as well. Subsidies for suppliers and end-users are auction-based, and the architecture of the H2 Global Mechanism allows the policy to respond to decreasing price differences between green hydrogen and incumbent fuels, making it a cost-effective and dynamic support mechanism.

These new policies and the establishment of regulatory frameworks and standards, will undoubtedly accelerate the uptake of green hydrogen in Europe and the UK.

Historically, governments have played an important role in creating and shaping new markets to accelerate technology adoption. Government policy will be essential in shaping global green hydrogen markets by setting targets, providing grants and subsidies, and through smart public procurement policies. Comprehensive and coherent policy suites will be vital in crowding in the private investment needed to turbocharge this emerging industry.

As Australia’s new government grapples with our own energy crisis amid a dire need to improve our action on climate change, there is a need to match our ambitions with policy action that will ensure the best outcome for Australia.

The current energy crisis has many and varied root causes, and fundamentally highlights the need for rethinking Australia’s policy toolkit to ensure a smooth energy transition – one that will pave a path for Australia’s future as a renewable energy powerhouse while maintaining energy reliability and affordability for all Australians.

Australia’s hydrogen industry is gearing up to become an era-defining multibillion dollar export industry, set to match the scale of our current fossil fuel exports. As exciting as this is, without policy support for local use cases, Australia’s green hydrogen industry will be driven largely by international policies stimulating demand overseas, with domestic opportunities being missed.

At Hysata, we’re focused on delivering the world’s most efficient, simple and reliable electrolyser, and in doing so making green hydrogen cost competitive with traditional fuels earlier than would otherwise be the case. This will help ensure that a minimum of government incentives is needed to get Australia’s green hydrogen industry off the ground.

With strong policy leadership from government, there is a unique opportunity in the early stages of this industry to build strong domestic demand whilst capitalising on the immense export potential of green hydrogen in Australia.

As Australia accelerates our transition to a net zero future, we must ensure Australian energy users also reap the economic and climate benefits of green hydrogen.